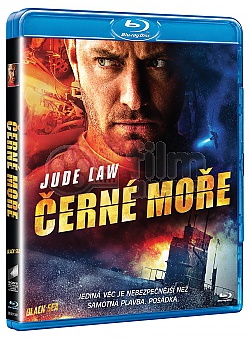 In order to make good with his former employers, a submarine captain takes a job with a shadowy backer to search the depths of the Black Sea for a submarine rumored to be loaded with gold.

Salvage submarine captain Robinson got sacked by his company. His fellow Kurston talks of a wreck of a lifetime, a downed Nazi sub in the Black Sea which was carrying blackmailed Soviet gold. They get a private backer and Robinson asks for a crew of twelve men, half Brits and half Russians. Robinson and Kurston make their list, reluctantly accepting their colorful attitudes. They get their ride, a rust heap of a sub, in Sevastopol and then get going, diving soon enough so to avoid detection from the Russian Black Sea fleet. The backer insist that his banker Daniels tag along the ride. Soon the crews attitudes become a clear ticking time bomb as the British psychopathic diver Fraser picks a fight with the Russians and accidentally kills Kurston, the only one apparent interpreter between them.

The ensuing engine malfunction rocks the sub, knocking Robinsons head rendering him unconscious for eighteen hours. The two sides have the sub under a stand off, until Robinson braves the gap and speaks with the Russian cartographer Morozov, who all this time concealed his ability to speak English. Robinson wins the crew with a fragile truce, only because they are now downed near the target sub. With sonar down, the crew rely only on the Russian radioman Babas ability to measure distance from hearing the crews manual pings. Robinson then sends Fraser, Peters, and the newbie Tobin to go out to the target sub to reconnoiter. But the three instead hauls the whole four tons of gold back to their ship, with the throw back of having Peters fall down to his death to a ravine.

The crew figure out that it needs exactly their number to run the sub, which means that even Daniels has to a part. Terrified by the prospect of death, Daniels reveal a dark truth that almost reignites the crews volatility. Robinson gains his crew again by saying that Kurston and Peters lives must be honored by going on with the quest and going home rich. But soon Robinsons decision to put the coward Daniels in the same place as Fraser is wrong, since Daniels succeeds in influencing Fraser to kill the Russian engine man Zaitsev. The engine goes south, water leaks in and quickly drowns the men, and only Robinson, Tobin and Morozov survives in the torpedo room. Robinson insist on them to go to the surface through the tubes with surfacing suits, as he operates the tube mechanisms. He then surfaces the last suit with some of the gold.