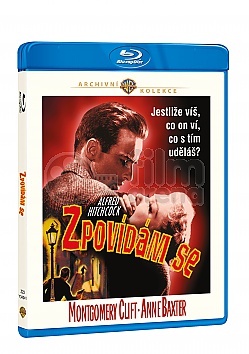 Otto Kellar and his wife Alma work as caretaker and housekeeper at a Catholic church in Quebec. Whilst robbing a house where he sometimes works as a gardener, Otto is caught and kills the owner. Racked with guilt he heads back to the church where Father Michael Logan is working late. Otto confesses his crime, but when the police begin to suspect Father Logan he cannot reveal what he has been told in the confession.

Bonuses to I Confess (Blu-ray)