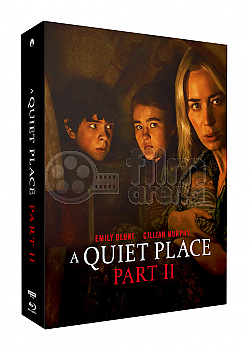 we would love to introduce you to the Premium Edition of FAC #170 A QUIET PLACE: Part II, which we are releasing for pre-order.

Thank you for your support and we look forward to your orders.

Following the events at home, the Abbott family now face the terrors of the outside world. Forced to venture into the unknown, they realize that the creatures that hunt by sound are not the only threats that lurk beyond the sand path.