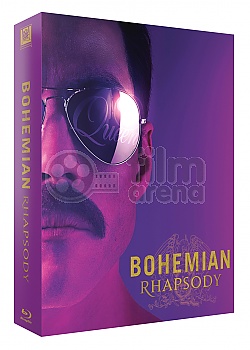 A chronicle of the years leading up to Queen's legendary appearance at the Live Aid (1985) concert.


ATTENTION! FAC #115 BOHEMIAN RHAPSODY copies numbered 0 - 355 are completed and ready to ship, the remaining copies will be assembled after finishing FAC #114 A STAR IS BORN.

let us kindly inform you that reservation capacity of FAC #115 BOHEMIAN RHAPSODY is full.

At present, only holders of permanent collector's numbers 0 - 750 can place an order to the closing date.

All those interested in this edition who have been able to sign up to the waiting list, please wait for further action of our bots. The loose pieces are distributed by our bots continuously, and they will be able to start their work at maximum rate after the end of the round of pre-orders on June 27, 2019, after 20:00 CET.

If you do not receive an automatically created order during Friday, June 28, 2019, there will be one more round of redistribution of canceled or unpaid orders during the next week of July 1 - July 4, 2019.

Thank you for your understanding and cooperation.
Team FA