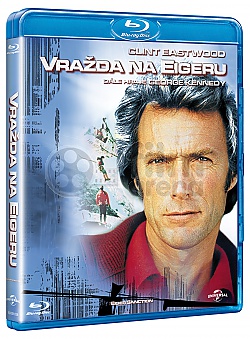 Jonathan Hemlock is an art history professor and collector who finances his hobby by performing the odd sanction (assassination) for an obscure government bureau. He is forced to take a case where he must find out which of the members of a mountain climbing team is the Russian killer he has been given as a target by joining an expedition to climb the treacherous Eiger.

Dr. Jonathan Hemlock (Clint Eastwood) is a college Art professor whose former life as an international assassin comes back to haunt him when a ruthless leader of a secret agency called C-2, Dragon (Thayer David) pulls him back into action. Hemlock is given a large amount of money and security for his priceless collection of original paintings, but when he is double-crossed by government agent Jemima Brown (Vonetta McGee) and discovers a loyal Army friend of his has been murdered, he agrees to go to Switzerland to kill a secret agent that he has been told is one of a team who will attempt to climb Eiger Mountain. Knowing that he needs to be coached for such a climb Hemlock looks up his old friend Ben Bowman (George Kennedy) who trains him for the climb. During his training he is visited by traitor Miles Mellough (Jack Cassidy) who informs Hemlock that the murderer may be closer than he thinks. Once in Switzerland Hemlock starts the climb with a group of younger climbers and suspects each as the possible killer he is seeking, but when they meet with heavy snows on the mountain top and encounter a series of problems Hemlock struggles to save his life and those of his team.

Bonuses to The Eiger Sanction (Blu-ray)