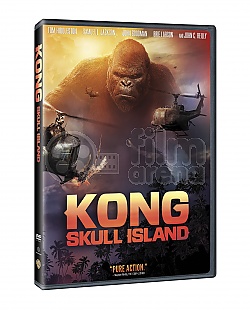 s announced earlier this week, Legendary and Warner Bros. Pictures have some monstrous big screen plans over the next few years. First up on the road to 2020s Godzilla vs. Kong is Kong: Skull Island. The Jordan Vogt-Roberts film has just started production in Hawaii and the local Reel Tour Hawaii have posted photos of what they purport to be images from the King Kong set. Check them out below!

A trip back to the mysterious and dangerous home of the king of the apes, the new film will reportedly follow a team of explorers (led by a character played by Tom Hiddleston), who venture deep inside the treacherous, primordial island to find the leaders brother and a mythical serum, confronting extraordinary creatures along the way. From the look of the below King Kong set photos, the production appears to be on the right track as far as monsters go.

Samuel L. Jackson, Brie Larson, John Goodman, Jing Tian, Corey Hawkins, Jason Mitchell, John Ortiz, Shea Whigham and Toby Kebbell are also set to star in Kong: Skull Island. A few of them can be seen posing together in a third photo from the tour company. Per Samuel L. Jacksons Instagram, hes learning to pilot the helicopter pictured. Will we be seeing the same helicopters on the King Kong set? They certainly seem to match the rumored 70s setting.

Kong: Skull Island is scripted by John Gatins and Max Borenstein. Legendarys John Jashni and Thomas Tull are producing alongside Mary Parent. Legendary has promised that the story will honor the foundations of existing King Kong lore, but will place Skull Island in an entirely new, distinct timeline.

It was announced earlier this month that the Kong: Skull Island script contains connections to the monster-hunting organization Monarch from 2014s Godzilla, setting up a battle/team-up movie between The King of the Apes and The King of the Monsters. Before Kong and Godzilla come to blows, a Godzilla sequel will be released, featuring a script by Max Borenstein and the return of Gareth Edwards as director. It has been hinted that we will see some other famous Kaiju, such as Rodan, Mothra and King Ghidorah, although none have been fully confirmed at this time. Its set for release on June 8, 2018 while Kong: Skull Island will hit March 10, 2017.