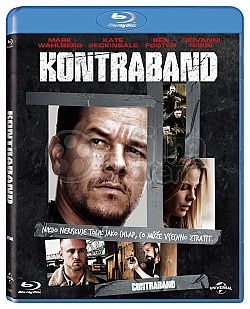 Chris Faraday once smuggled illegal items or contraband into the country on freighters. He left that life behind, got married has a family and went legit. But when his brother-in-law got involved with Briggs, a drug dealer and when he blew a deal, Briggs demands restitution which he can't deliver. So Chris offers to find a way to pay him but the he threatens Chris' family if he doesn't deliver. So he gets on a freighter destined for Panama and he sets out to bring back some counterfeit currency. Briggs "goes to see" Chris' family. When Chris learns of this he asks his friend Sebastian to take care of them which he does. He tells Chris that it would be better to bring drugs instead of the cash.

Chris Farraday (Mark Wahlberg) is an ex-smuggler who works installing security alarms and lives a peaceful life with his wife, Kate (Kate Beckinsale), and their two little sons in New Orleans. Chris and Kate learn that her brother Andy (Caleb Landry Jones) was smuggling drugs aboard a cargo ship but during a surprise inspection by the U.S. Customs and Border Patrol was forced to drop them overboard. Andy's boss, ruthless mobster Tim Briggs (Giovanni Ribisi), is infuriated and wants Andy to repay him the drugs' worth in money.

Chris intervenes to save Andy. Chris meets Briggs, who tells Chris if Andy doesn't pay $700,000 in two weeks, Briggs will kill Chris' family. Chris decides the only way he can raise that amount of money in two weeks is to run contraband. He joins the crew of a cargo ship which his father Bud (William Lucking), currently in prison, previously used to run contraband. Chris needs to buy $10,000,000 in fake US currency in Panama and smuggle it into the U.S. with the help of Andy and Chris's old friend Danny Raymer (Lukas Haas). While Chris is gone, Briggs and two accomplices break into Chris's house and scare his wife and kids. When one of the kids pushes a thug, he accidentally fires off a round into the wall. Briggs and his two accomplices leave and Chris asks his best friend, Sebastian Abney (Ben Foster), to watch over his family.

In Panama, the Chief Engineer gives Chris extra time by sabotaging the ship's pitch propeller, drawing suspicion from Captain Camp (J. K. Simmons). However, Chris discovers that the bills are useless, not starch-free paper, and refuses to accept them. The only one who can provide them good ones is crime lord Gonzalo (Diego Luna). Meanwhile, Briggs attacks Kate in her house, after which she accepts Sebastian's offer that she and the children move to his apartment. He then calls Andy and threatens to kill one of his nephews if Andy doesn't use the buy money intended for the fake bills to acquire a stash of cocaine. Andy runs off with the buy-money, leading an infuriated Gonzalo to force Chris and Danny to participate in an armored car heist. Chris and Danny are assigned with the job of blocking the armored car, which strikes their van and upends it. The van is shot through holes by the robbers and police. Gonzalo and all but one of his men are killed in a firefight with the police.

The lone survivor gets in an armored pickup with the painting and Chris and Danny jump on board. They make it back to Gonzalo's warehouse, and get into a van loaded with the counterfeit money. Chris also grabs the Jackson Pollock painting from the dying mobster before they escape.

A Scottish gangster Jim Church (David O'Hara) threatens to kill Sebastian if he doesn't repay the money he borrowed to save his fledgling construction business. Sebastian wants the drugs Chris is bringing into the U.S. to save his business. He begins working with Briggs against Chris. When Sebastian calls Chris, Chris tells Sebastian he might drop the drugs bought by Andy in the ocean. Sebastian tells Briggs to scare Kate. Briggs drives his SUV into Chris's house and slams Kate into a mirror, warning her to tell Chris to complete the mission and to tell Chris to "not dump It into the water." Sebastian arrives and pretends to rescue Kate from Briggs. Sebastian tells Kate to get in his truck, but Kate smells alcohol on his breath and doesn't want him to drive them. She grabs her children and drives off.

At the Panama City container yard, a ship crew member has a container readied that Chris drives the contraband-loaded van into. The crew member bribes a freight-yard supervisor who delays loading three containers, giving Chris time to make it to the ship. Chris beats Andy up for stealing the money and spending it on cocaine. Andy reveals to Chris that Briggs was going to kill Chris's son if Andy refused the offer. Kate calls Chris and tells him what Briggs did to her and what he said. Chris is surprised that Briggs knew the idea of Chris dumping the drugs. First, Chris suspects Andy of being disloyal, but after Andy persistently tells Chris he didn't say anything, Chris figures out it was Sebastian. Chris calls Sebastian and threatens to kill him.

Eventually Sebastian's constant watch over Kate becomes tiresome to her. Kate leaves a friend's house and goes back to Sebastian's apartment to retrieve some personal items. Sebastian, under the influence, tries to force himself on her. Kate resists him and runs to the bathroom and locks the door. Sebastian insults Kate calling her a brat and a uppity bitch. Kate then persists on calling Chris, informing him of what Sebastian tried to do. Sebastian tells Kate not to call Chris, telling her he needs to complete his mission and Kate calling him would ruin everything. Kate begins to call Chris, and Sebastian rams his shoulder to the door, busting it open and sending Kate flying and she his her head against the edge of a sink. She falls unconscious. Sebastian panics, thinking she's dead. He wraps her body in plastic, preparing to dispose of her body. Sebastian throws Kate's unconscious body in a hole, planning to have his construction workers fill the hole the next day, covering up the evidence of Kate's death.

After the ship leaves Panama, Sebastian contacts Captain Camp and tells him that Chris is smuggling aboard his ship, but threatening to dump it overboard. He promises the Captain a share if he makes sure Chris doesn't throw it overboard, which the Captain agrees to, reminding him to pay his share up front next time like everyone else. The Captain tried to persuade Chris to give him the location of the cocaine on the ship, but Chris refuses, so the captain calls U.S. Customs and Border Protection and tells them that someone is running contraband on his ship. Knowing that the Captain is a germaphobe who had brought his own portable carpet cleaner aboard ship, while the captain is eating Chris hides the drugs in the carpet cleaner's water-tank. When the customs agents arrives via helicopter and boat, they search the ship but cannot locate the drugs.

After Andy leaves the ship, Briggs and his thugs chase Andy. They capture him and Briggs throws Andy in a van. Chris devises a plan to implicate Captain Camp in drug smuggling.

The Captain leaves the vessel and drives home, unknowingly carrying the drugs in his carpet cleaner. After Customs allows Chris to leave, he meets Briggs in a desolate area of the cargo yard where Briggs threatens to kill Andy. Chris breaks Briggs's car window and drags him out of the car, and beats him up for everything he did to his family. Chris tells Andy to run while Briggs's thugs hold Chris at gunpoint. Chris takes Briggs to Captain Camp's house, using a duplicate house key he made while on the ship, and knowingly activates Camp's security system. Chris opens the trunk of the captain's car and removes the carpet cleaner and drugs from the carpet cleaner. The volatile Briggs compliments Chris on his smuggling skills and sits in Camp's living room tasting the cocaine. Chris asks permission to go to the bathroom and sneaks into the garage, stealing the Captain's car and escaping before the police, alerted by the alarm, arrive. Camp awakens due to the noise and comes into the living room, startled to see Briggs and his men. The police arrest the Captain, Briggs, and his cohorts.

Chris drives to Sebastian's construction site and brutally beats him up, demanding Kate's location. When Sebastian finally tells him that Chris us dead, he tries calling her cellphone and hears the ringtone in a building foundation where cement is being poured. He rescues her moments before she is buried alive in the foundation. Kate is hospitalized and Sebastian is imprisoned. He meets Chris' father Bud in prison where Sebastian tries to talk to him, but Bud merely nods at a group of inmates who surround Sebastian.

Andy and the cargo ship crewman retrieve the counterfeit bills that Chris had dumped into the ocean to prevent Customs and Border Patrol from finding them. At a customs auction, Andy purchases the van that was used in the escape.

Chris meets Church who offers him $2.5 million for the $10 million in counterfeit currency but Chris demands $3 million, which Church agrees to. Church asks Chris if he knows anything about the Jackson Pollack painting that was stolen in Panama. Church tells Chris that it's worth over $140 million or about $20 million on the black market.

After Chris and Andy leave the meeting with Church, they open the van to find the painting, which was disregarded as a canvas painting tarp by the Customs and Border Patrol. Chris tells his buddies that the painting is worth at least $20 million.